You are not signed in.

ONE COLLIERS & SONS LITHOGRAPH "FREDERIC REMINGTON" "AN EARLY START TO MARKET", EMBOSSED WITH COLLIERS SEAL AND IN AN OAK FRAME WITH THE TITLE WRITTEN ON A BRASS TAG.

ACCORDING TO MY REASEARCH: Collier’s thought so highly of Remington’s work, that in 1905 they began to issue color halftones after his paintings in portfolios and as separate prints. These were done in a number of sizes, over a number of years, and with different levels of quality.  Interestingly, the early prints were called “Artists Proofs” by Collier’s.  Traditionally, this term meant a print was pulled before publication, so the artist could inspect it, but Collier’s was simply using this terms as a selling tool.  Collier’s also issued a number of Remington halftone images as separate prints for framing, again in different sizes.

The prints are the result of a 1903 contract between Remington and Collier's Magazine. Under this agreement, Remington would create and retain original oil paintings and sell the reproduction rights to Collier's. For the first time, the artist was paid to select his own Western subjects rather than simply illustrate the work of others, according to the museum.

Remington destroyed over 100 of his paintings, and these rare Collier's prints remain the only existing testimony of many of those lost originals.Collier's (Was this one of the destroyed paintings? I don't know, and have found no information online).

The center page from The National Weekly July 15, 1905 Volume 35, Number 16 has this as a two page print titled An Early Start to Market.

Listed By
Dealer or Reseller 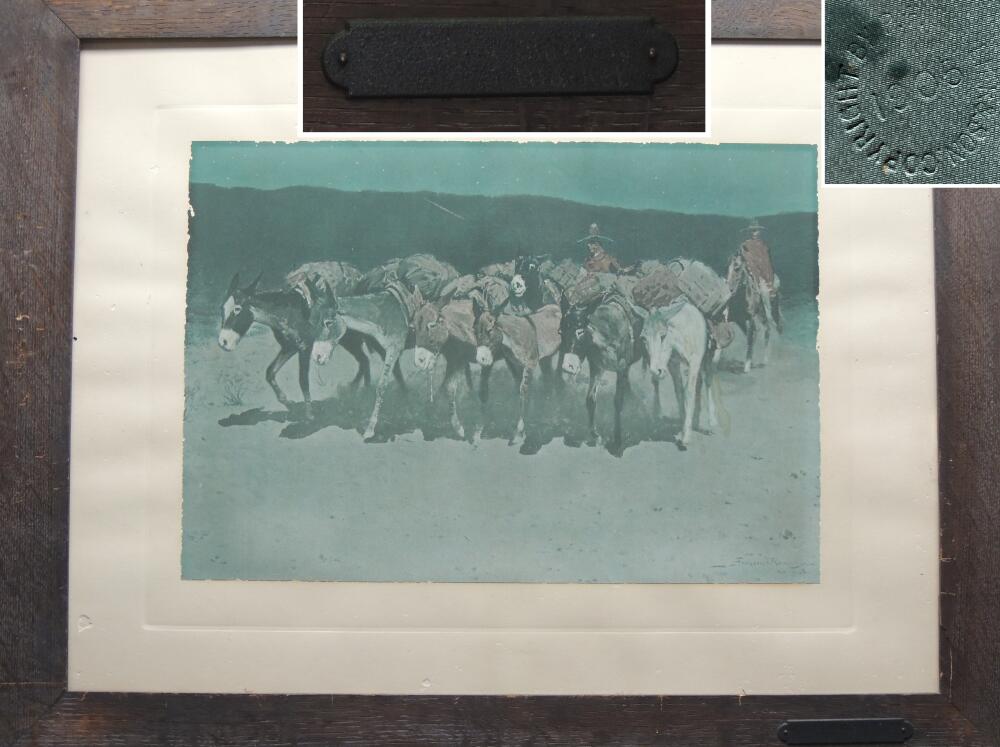